There is quite a bit of controversy over balloon releases. Should we allow balloon releases? Are they legal? Are they dangerous to the environment? As a responsible balloon artist, it is in my best interest to be aware and to follow established guidelines. The California Balloon Law, only applies to balloons and or ribbons made from an electrically conductive material. Latex balloons are not an issue in this matter. Any responsible, professional balloon artist would never encourage or participate in a release of such balloons. That’s just common sense! The balloon releases that I offer are always composed of 100% latex balloons and have no strings of any kind attached.

It is the claim of many groups and of several misinformed balloon professionals that latex balloon releases are environmentally unfriendly. They claim balloons float back to the ground and harm our environment. This is an unfair statement. Produced from tree sap, latex balloons are a natural product and are 100% biodegradable. When filled with helium & released, they will float up to 5 miles skyward.  At a certain internal temperature or altitude, they explode into spaghetti size slivers and return to the ground where quite quickly they decompose. 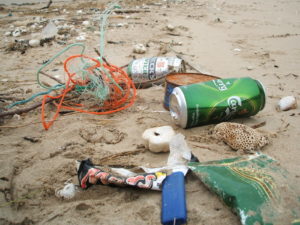 Interested in facts and scientific studies?Take a look at a dissertation presented to the Graduate School of Clemson University entitled Mass Latex Balloon Releases and the Potential Effects on Wildlife. It is quite clear that more wildlife is harmed and more environments are littered by other products such as plastic coffee cup lids, plastic can holders, plastic bags, etc.

The Balloon Council organization of which I am a certified member, only cites the California Balloon Law. It makes no 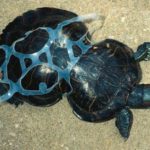 mention of latex balloon releases except that they should only be handled by professionals.

Balloon Releases by the Wrong People!

The real culprits in this matter are the party store retailers. I recently witnessed an employee giving toddlers latex balloons on a long ribbon. One of the toddlers was proudly holding a 2nd balloon – this one a large foil birthday type. I strongly urged the mom to tie the balloons to the children’s wrists and explained why.  The retailer simply rolled her eyes and walked away. This is problematic as they are not educating their clients. Their carelessness harms our industry.

Other well intentioned people creating problems are exhibitors at fairs. They hand out free balloons printed with their info attached to long, nylon ribbons/strings. How many of those balloons never make it out of the fairgrounds? They just float away with a nasty ribbon – the perfect bird trap! Other industries that contribute to the problem are supermarkets that sell balloons!

Is there a law against balloon releases?

Strangely enough, there is a law in Tennessee that prohibits the release of more than 24 balloons per person unless a permit is obtained. Myself and an interested party researched this law and tried to obtain a permit as the law requires. After numerous phone calls, visits to the court house and consulting a lawyer, it was determined that there is no department that actually exists to provide these permits! Consequently, there isn’t anyone or department that could enforce such a law. It appears that the Tennessee Balloon Release Law, article § 68-101-108 is not enforceable.

As part of continued, professional education I recently attended Ballooniversity 2017, (you can spot me at 1:16!). Ballooniversity is an amazing and spectacular balloon convention! I was fortunate enough to have the privilege of spending time with Mr. Treb Heining, the 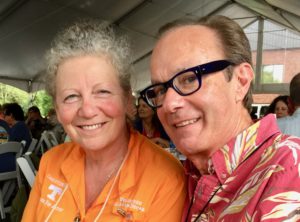 world’s leading expert in balloon releases. One of his claims to fame is releasing a million balloons over Disneyland on its 30th anniversary in 1985. A million and a half balloons rained on Cleveland a few months later for a charity event. As of 2011, he’d brought balloons to 16 Super Bowls, the opening ceremonies of the 1984 Olympics and every Republican National Convention since 1988.

Things were different then & we weren’t as concerned about the environment as we are now. As a professional in the balloon industry, I would definitely not participate in a balloon release of any kind.